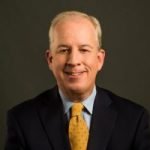 Over the past two years, there have been a number of developments regarding school districts’ compliance with website accessibility laws. For example, since 2020 three states – Illinois, New Jersey, and Maryland – have passed laws mandating that districts comply with Web Content Accessibility Guidelines (WCAG). At the federal level, the U.S. Department of Education’s Office of Civil Rights has stepped up enforcement activities to ensure online content is accessible to everyone, including individuals with disabilities.

Earlier this year the Department of Justice (DOJ) announced its intent to publish a Notice of Proposed Rulemaking (NPRM) in 2023 in an effort to “assist public entities in complying with their existing obligations to make their websites accessible to individuals with disabilities” under Title II of the Americans with Disabilities Act (ADA). While DOJ’s notice does not mention public school districts it is assumed that districts, as publicly funded entities, will be affected.

While public school websites are now required to comply with Section 504 of the Rehabilitation Act of 1973 and Title II of the ADA, the new regulations could mandate Web Content Accessibility Guidelines 2.1 AA (WCAG 2.1 AA) compliance. If so, the new regulations will lead to an overhaul of thousands of school district websites. It could potentially lead content developers and ed tech companies to reconfigure a huge amount of online content that they provide to districts.

The federal government recently adopted the WCAG 2.1 AA as its standard for federal agency websites. Industry experts agree it is very likely that the DOJ will also adopt this standard in its forthcoming rulemaking.

The DOJ’s announcement tentatively calls for the release of a draft regulation in the spring of 2023 with a public comment period commencing in April and ending in June. Look for updates in this blog in the coming months.

Over the past several years, the news regarding federal K-12…