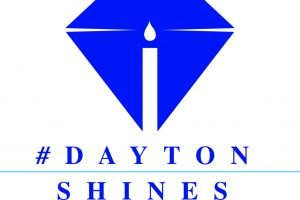 One year ago tomorrow, a gunman killed nine innocent people in Dayton’s Oregon District. These actions hit home—our Dayton office overlooks the street where the tragedy played out. Between the shock of the violence itself and the chaos as the national media and politicians camped out near our office, it was a difficult time for our Dayton employees. We were grateful they were all safe and were able to take the time to process and grieve.

Part of that grieving was to band together more closely with our neighbors. When most people think of the Oregon District, they think of the bars, restaurants, and retail shops that line the first floors of the neighborhood. Westchester is one of the many second and third floor businesses that often go unnoticed but that also populate the district. In the last year, we’ve worked to get to know our neighbors better. We joined the Oregon District Business Association (where I’m on the board of trustees) and we’ve volunteered at various charity events to raise money for the district. Most recently, we’ve been part of Mayor Nan Whaley’s planning committee for the Aug 4th commemoration events, which have been dubbed #DaytonShines. Mark DaGrossa, our creative director, designed the logo for the event, and several staff members worked behind the scenes to collaborate with various planning groups.

Because of Covid-19 and the need to socially distance, the commemorative events are all virtual. Throughout the past week, Dayton’s citizens have been contributing photos for a digital mosaic that will be unveiled tomorrow evening. Tonight, the University of Dayton communication department will be screening their documentary Dayton’s Darkest Summer, a student film that documents the lives of Daytonians through last year’s tornados and shooting. Tomorrow, we’ll be part of a nine-minute moment of silence at 8:04 pm, lighting candles to honor the lives of those who died. Look for full details for those events, as well as others planned around the anniversary, at the city of Dayton’s website: https://www.daytonohio.gov/906/DaytonShines

This anniversary will be difficult, made more so by the need to remain physically distant from our friends and family. However, throughout this planning process, we were reminded of what a caring and kind community we live in. We’re incredibly grateful to call Dayton our home.

Any cookies that may not be particularly necessary for the website to function and is used specifically to collect user personal data via analytics, ads, other embedded contents are termed as non-necessary cookies. It is mandatory to procure user consent prior to running these cookies on your website.