Is Print versus Digital the Correct Question?

Home » Is Print versus Digital the Correct Question? 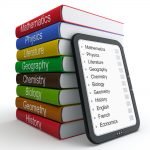 My colleague Tyler M. Carey shared this article, which dives into the perennial digital vs. print debate. The article makes a compelling case as to why, even after years of its pronouncement to the contrary, print isn’t dead.

As I read it, I was struck by a way in which the education market has adapted and incorporated technology into education. At the start of my career, I worked for the Mazer Corporation, a full service developer similar to Westchester K-12. For several years, I was the lead editor in the technology group. It was in the internet’s early days (ed-tech at the time still often meant CD-ROMs), but there was a lot of talk about whether digital textbooks would eventually replace print ones.

What strikes me reading this article decades later is that the question in education of print vs. digital might have been the wrong one to ask. While some publishers have found success creating digital versions of textbooks, much of the most promising digital product either augments the printed book by offering rich digital media not possible through the printed page or it handles tasks that couldn’t exist in the print platform, such as adaptive technology and interactive content. The most effective publishers are often the ones who look at broad cross-platform program channels that leverage the best of both print and digital delivery.