A Renewed Focus on Civics Education 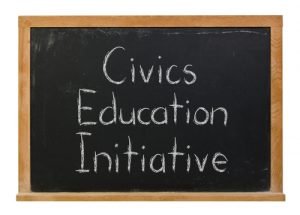 Researchers in recent years have focused on civics and the diminishing roles of facts and analysis in American public life (Doug Irving, The Importance of Teaching Civic Responsibility in America). According to Irving, many civics teachers from grade school through high school observed that “students routinely make false claims in class based on unreliable media sources” and “their students’ inability to evaluate information they find online is a moderate or major problem.”

Most states’ social studies standards require students to learn historical facts, events, and governmental roles and functions. Several states, including Florida, Illinois, and Massachusetts, however, have adopted a new approach by revising their social studies standards to prioritize civics. Florida, for example, passed a state law in 2010 that requires its middle school students to take a civics course. Illinois added a semester of civics for high school students. And Massachusetts requires both middle and high school students to complete one student-led civics project. (Stephen Sawchuck; How 3 States Are Digging In on Civics Education).

Scholars and educators have worked to change the approach to social studies instruction by prioritizing driving questions, conceptual reasoning, and critical inquiry around a number of themes rather than around a number of facts. Manisha Aggarwal-Schifellite discusses, “A Roadmap to Educating for American Democracy,” a report released by Educating for American Democracy or EAD (Redrawing the civics education roadmap). In their report, scholars and educators provide guidance and a framework that educators can use for teaching history and civics in the 21st century (Education for American Democracy). EAD writes: “The Roadmap is an advisory document that guides history and civics education curricula via a set of themes, design challenges, and instructional strategies” (EAD). This holistic approach to history and civics is engaging and a valuable resource for educators.

At Westchester, we have experience creating social studies lessons, assessments, and activities – collaborating with publishers who want to rethink their K-12 social science approach. Get in touch with us to learn how we can help you build print and digital content that helps students understand the foundations of our government and society.